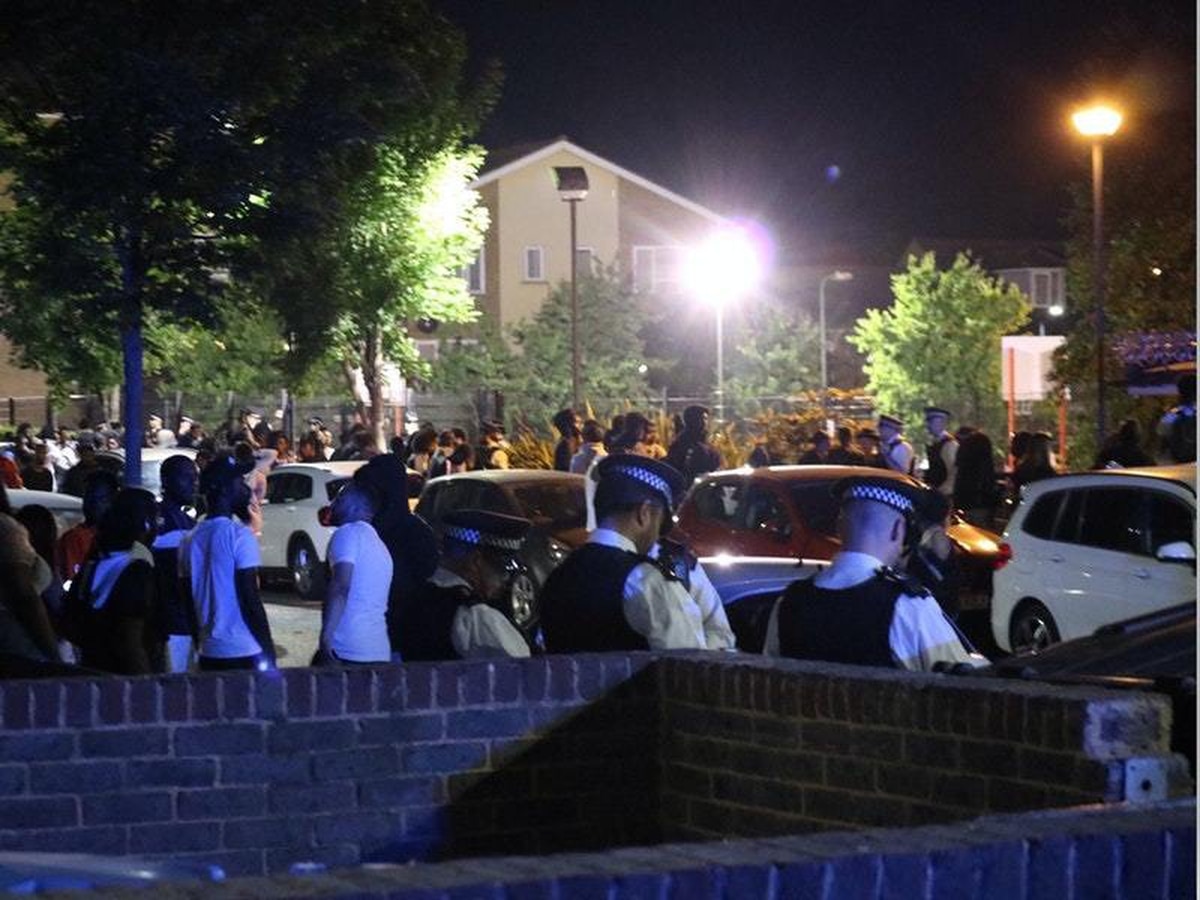 Hundreds of revelers defended lockdown rules to gather at a street party in north-west London before it was broken up by police.

Scotland Yard said 11 officers were attacked and five arrests were made when about 500 people gathered in Harlesden on Tuesday.

Images on social media showed music playing loudly as revelers, tightly packed, dancing, drunk and fireworks set off while a police helicopter flew above the sky.

Residents in the & # 39; s neighborhood complained that the noise kept them until the early hours on Wednesday, before police eventually closed the scene at & # 39; e Church Road Estate left.

Clive McBride, 55, who lives in the neighborhood, told the PA agency: "I first thought that something was coming up then I didn't see a lot of people outside at 8 p.m. were on the road and I could hear a police officer above.

& # 39; I went down to see what was happening and there were people everywhere, drunk, singing & dancing, and completely ignored of & # 39; e rules that we were all meant to follow.

& # 39; Nobody paid attention to distance of two meters, they were like sardines, it was crazy.

"Shortly before 1 p.m., they started firing fireworks, but what most people complained about was the noise of & # 39; the helicopter. I don't think many people were asleep."

Tarquin Ramsay, 24, who lives a mile away, said: "It's a bit dumb to throw a block party, because we're in Brent, one of the hardest hit areas has been the virus in the country. "

Police officers were initially called & # 39; at 6.45pm on Tuesday following concerns of & # 39; a community that gathered around 60 people at an unlicensed music event around the Gifford Road area.

A larger group of about 500 people later gathered in Paulet Way, before officers began to disperse.

Eleven officers were attacked and sustained minor injuries when a small minority refused to leave, the force said.

Three arrests were made for abusing police personnel, one for mistreatment and one for attempting serious bodily harm and dangerous driving. All of them remain in custody.

Chief Superintendent Roy Smith, Commandant for North West London, said: "Our officers are working hard to engage with the public to reinforce public health advice on social distance and large gatherings – overwhelmingly, our local communities have supported and responded to this approach and we thank them for that.

“To a very small minority who just chose to break the law yesterday and who were not from the local area, I am clear: you do not reflect Brent's communities and we will take appropriate actions.

"Local residents need to be sure we will increase our patrols after the incident."