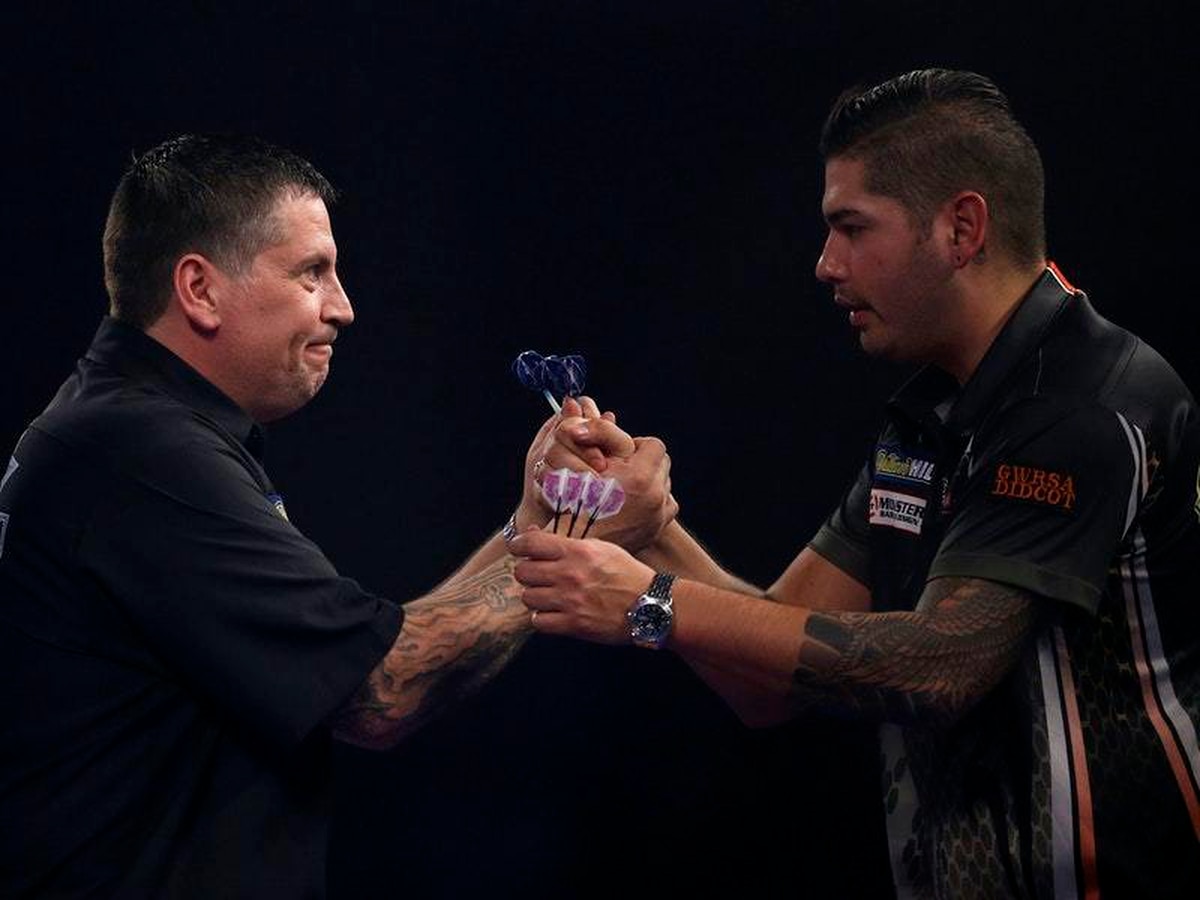 The Scot defeated Mike De Decker 6-5 and Dave Chisnall 6-3 to save him and Jelle Klaasen from ahead of the first group of semi-finals with a game to spare.

Anderson then made it nine wins out of nine matches in the tournament, when he defeated Klaasen 6-2 to top the group.

Anderson, who was initially relegated to the event due to broadband problems, had lost the opening match against the darts against Belgian De Decker.

However, the 49-year-old broke straight and pulled off three straight legs to take a 5-2 lead.

But Anderson followed a 180 with a 58 checkout to get over the line.

A checkout of 152 was the highlight, as the Dutchman took the last five legs without reply.

Chisnall had to defeat Anderson to keep both himself and De Decker in the tournament, and appeared to be on course when he took the first two legs.

However, Anderson rallied back with five consecutive legs only to miss seven matchparts in the eighth before completing a 6-3 victory.

Chisnall ended his run with a comforting 6-5 win over De Decker.