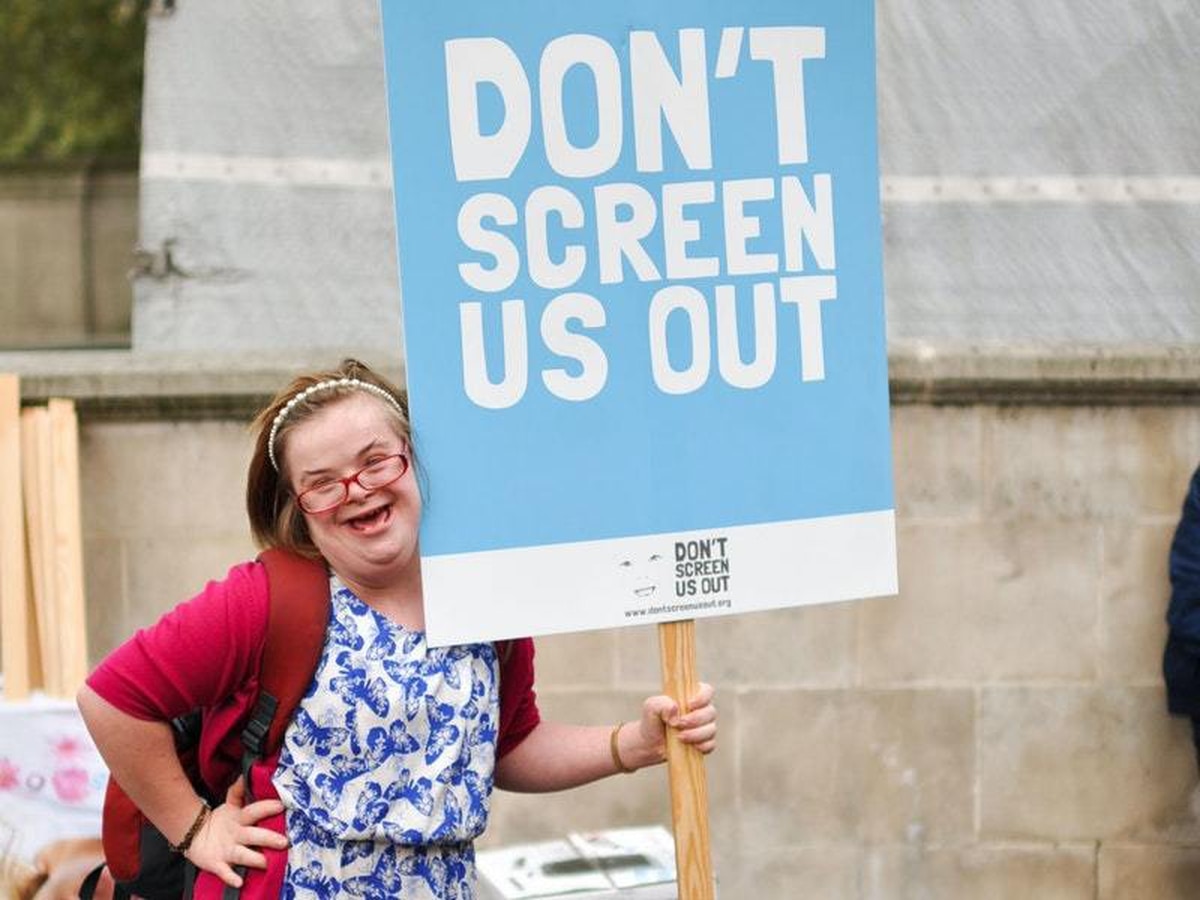 Disability Rights Activity Heidi Crowter has urged MPs to disapprove of Northern Ireland's abortion regulations after they were rejected by the Stormont Assembly.

On Tuesday, deaf lawmakers voted in opposition to new provisions that include postponements to birth in cases of serious non-fatal disabilities.

Ms Crowter argued that such laws are discriminatory.

& # 39; It makes me happy and very proud of myself that my campaign helped and inspired the MLA's (Members of the Legislative Assembly).

“I listened to the debate and was happy with the mood.

"I would now urge the government not to ask MEPs and colleagues to vote for regulations that contain discriminatory provisions that people like me say we should not exist."

MPs have to vote on the abortion regulations that were introduced in March, at Westminster later this month.

If they were rejected, the government would have the prospect of re-signing new regulations.

Northern Ireland's restrictive abortion laws were changed last year by parliamentarians at a time when the Stormont Assembly was collapsing.

The outcome of Tuesday's debate at Stormont does not change the recently introduced liberalized system.

A DUP motion that rejected the "imposition" of Westminster's abortion rule by 46 votes to 40. One abstained.

Some SDLP, UUP and Alliance Party representatives voted with the DUP, while others voted against it.

While the motion rejected the new ordinance as a whole, it focused on one that would allow abortions to birth in cases of serious disability.

"You can't have a law that says it's OK to end the lives of some obese people, because they have Down syndrome, while you say other obese people of the same age can't not having a disability, without saying people with non-fatal disabilities are worth less protection and are therefore less valuable. "

Nicola Woods, from Belfast, is the mother of Daniel Woods, seven, who has Down Syndrome.

She said: & # 39; It is great news that our elected representatives here in Northern Ireland have spoken out for the rights of & # 39; e unborn with a disability.

“There should be no difference in the treatment of pregnancies, depending on the & # 39; e chromosomes of a baby.

& # 39; People with Down syndrome are not stupid. They understand that the screening and discriminatory abortion law around Down Syndrome, and other disabilities, implies that their lives are not worth living and the complete opposite is the case.

"We want Northern Ireland to have a clear voice in standing for the value of people like my son Daniel."